Skip to Content
By continuing to use the site, you agree to the use of cookies. Legal Notices

SOLD OUT!  Contact ULI BC to be placed on wait list
Refund request deadline: July 10th
View Event Attendees
SOLD OUT! Contact ULI BC to placed on wait list.
Cascadia Regional Conference 2019
Talking TOD: The Past, Present, and Future of Transit-Oriented Development
From streetcar suburbs to the skytrain lines, transit has been a defining feature of the Vancouver landscape for over a century. With the opening of the Canada Line in time for the 2010 Winter Olympics and recent announcements around light-rail in Surrey and a new skytrain to UBC, this trend shows no signs of stopping in a region predicted to add 1 million more residents by 2040. Transit and TOD have been and continue to be the defining forces shaping Vancouver and the surrounding suburbs, and are becoming an increasingly central force in managing growth for our Cascadia Region neighbours in Seattle and Portland.
What impacts has TOD had on the region’s past planning and growth? What current projects are underway, and how can we expect TOD to continue to shape the region in the future? The Vancouver region is a living case study for TOD, especially as local and regional skytrain and light-rail systems are being expanded and built out.
Join us for the 2019 YLG Cascadia Regional Conference to explore these questions, learn from industry experts, and network with peers from Vancouver, Seattle and Portland delivering TOD projects. We will hear from municipal leaders on how TOD transformed Vancouver’s planning and growth, the planners and developers who are bringing it to life, as well as a panel of planning managers from the fastest-growing TOD suburbs in the region.
Participants will hear from the developers, architects, planners, designers, and transit agency leaders who have planned, designed, and delivered many of the successful TOD projects and neighbourhoods. We’ll also tour recent high-density residential, commercial and mixed-use projects along transit corridors, including Brentwood, Oakridge, Great Northern Way and The Independent, to name a few.
AGENDA
Friday, July 12th
Morning Session (8:15am - 12:30pm)
The Rise of Urban Enclaves in Metro Vancouver, presented by Andrew Petrozzi with Avison Young
Terminal City Club
837 West Hastings Street, Vancouver, BC
New urban enclaves are emerging throughout Metro Vancouver as regional malls and transit-oriented sites are being developed into mixed-use communities. Hear from Andrew Petrozzi of Avison Young on the findings from their report, and how these urban enclaves will shape the future of Metro Vancouver.
*Download Avison Young's Topical Report from Spring 2019 "Future Forward: The Rise of Urban Enclaves in Metro Vancouver" here.
Panel discussions:
Evolution of Transit Oriented Development in Vancouver & Seattle
Panel: Tim Grant (PCI Group), Kate Joncas (MIG), David Thom (IBI Group) and Andy Yan (SFU City Program)
Planning Considerations from the Fastest-Growing Municipalities in the Region
Panel: Andrew Merrill (City of Coquitlam), Preet Heer (City of Surrey), Joshua Reis (City of Richmond) and Rebecca Chaster (City of Coquitlam, Moderator)
*see all panelists' bios below
Afternoon Session (12:30pm - 4:30pm)
Project Tour: Oakridge hosted by Quadreal and Westbank
Project Tour: The Amazing Brentwood hosted by Shape Properties
Evening Session (5:30pm - 8:30pm)
ULI BC Summer Social on the rooftop of 745 Thurlow
Saturday, July 13th
Morning Session (8:30am - 12:30pm)
Evolution of the False Creek Flats and Impacts of the Broadway Line Extension
Rooftop Conference Room
565 Great Northern Way, Vancouver, BC
Project Tour: Commercial Development in the False Creek Flats
Project Tour: Residential Development at Main and Broadway
Afternoon Session (12:30pm - 3:30pm)
Conference Wrap-Up Lunch & Social @ Red Truck Brewery
*Registration fees include breakfast & lunch on July 12th, lunch on July 13th, transit passes for both days, as well as admission to the annual ULI BC Summer Social (open to all ULI BC members, attracts over 300 attendees each year). All fees are in CDN funds.
Please ensure to select only one tour per day (A or B) for each July 12th & 13th during check out.
Register early to ensure your attendance as there is a venue maximum capacity!
#ULICascadia2019 Tim is a member of PCI’s Executive Team and partner. He is responsible for its development and asset management programs.
View in Member Directory Will open in a new window 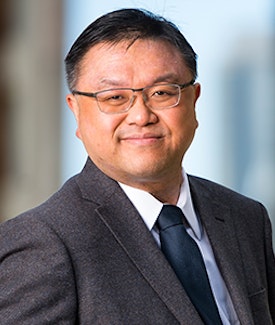 Andy Yan is the director of The City Program at Simon Fraser University. Born and raised in Vancouver, Andy Yan has extensively worked in the non-profit and private urban planning sectors with projects in the metropolitan regions of Vancouver, San Francisco, New York City, Los Angeles and New Orleans. He specializes in the fields of urban regeneration, applied demographics, Geographic Information Systems, neighborhood development, public outreach, social media and quantitative research. His work has been featured in a number of local, national and international publications, both in print and online, as well as academic venues. Media outlets where Andy has appeared include BNN, BCBusiness, the national and local editions of the Globe and Mail, the Georgia Straight, the Huffington Post, Ming Pao, the Province, Sing Tao, Ming Pao, the Tyee, the Vancouver Courier, Vancouver Magazine, the Vancouver Observer, the Vancouver Sun and Yahoo News. Internationally, he has been interviewed and cited by the Australian Financial Review, Bloomberg, the Economist, the Harvard International Review, Maclean’s, Monocle Radio, Mother Jones, the New Yorker, the New York Times, South China Morning Post, Reuters, the Washington Post and the Wall Street Journal. Andy holds a Master of Urban Planning from the University of California – Los Angeles and a Bachelor of Arts with First Class Honours distinctions in Geography and Political Science from Simon Fraser University. Andy is a registered professional planner with the Canadian Institute of Planners and a Certified Geographic Information Systems Professional. With academic service, Andy is also an adjunct professor in Urban Studies at Simon Fraser University and in Planning at the University of British Columbia School of Regional and Community Planning. In community service, he has been a two-term appointee to the City of Vancouver City Planning Commission and a former member of the City of Vancouver’s Development Permit Board Advisory Panel. He was a member of the Board of Directors for the Downtown Eastside Neighbourhood House. Andy has been the recipient of the Planning Institute of British Columbia’s award for Leadership in Advocacy and Innovation and the Royal Architectural Institute of Canada’s Advocate for Architecture award. He was also the recipient of the 2018 Simon Fraser University President's Media Newsmaker of the Year Award.
View in Member Directory Will open in a new window 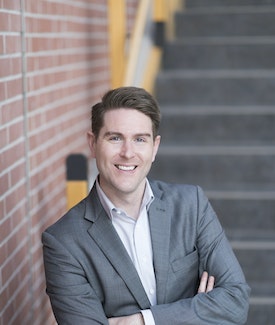 Andrew Merrill, RPP MCIP is the Manager Community Planning for the City of Coquitlam. Originally from the East Coast, he has a Masters in Planning with a concentration in Urban Design from UBC. Andrew began with Coquitlam in 2008 holding several progressively responsible positions since. Prior to joining Coquitlam Andrew was a Planner with the City of Grande Prairie. His current work involves preparing community plans, guiding transit oriented development and facilitating housing affordability. Recent work includes the Burquitlam-Lougheed Neighbourhood Plan.
View in Member Directory Will open in a new window Preet has worked with the City of Surrey for 16 years where she is now the Manager of Community Planning. She is responsible for overseeing the preparation of the City’s Official Community Plan, growth management and demographic forecasting, city-wide and neighbourhood plans, and policy development in housing, social planning, environment, heritage, and agriculture. In particular, she is interested in how cities can be retrofitted to become more inclusive, walkable, transit-oriented places.. Preet holds a Master’s Degree in Community Planning from the University of British Columbia.
View in Member Directory Will open in a new window Josh is currently the Program Coordinator for Development Applications at the City of Richmond. He leads a team of planners in the review of a range of new development applications across the City of Richmond. Josh has previously worked for the City of Toronto and York Region in Ontario, Canada where he was responsible for development review and strategy implementation related to a number of transit oriented development projects. He is a Registered Professional Planner, Member of the Canadian Institute of Planners and a member of the American Institute of Certified Planners.
View in Member Directory Will open in a new window 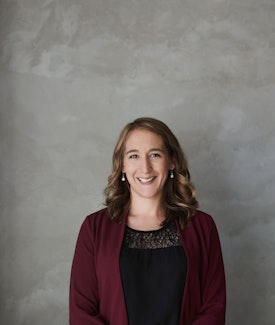 Rebecca Chaster, MCIP RPP grew up in Vancouver and has worked in municipal planning at the fastest-growing communities in the region (Surrey, Coquitlam) and in West Africa (Dakar, Senegal). Currently with the City of Coquitlam, her work includes preparing neighbourhood plans, reviewing infill development applications, and developing housing policy. She holds a Master’s Degree in Urban Planning from UBC and a Graduate Certificate in Civic Engagement from SFU.
View in Member Directory Will open in a new window 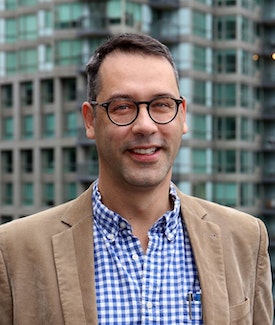 Oliver Hartleben is an architect and city planner with a public administration degree from the Harvard Kennedy School. Oliver grew up in Guatemala City and has worked over 20 years in the planning, architecture, and transportation sectors and is focused on evolving policy, urban design, built form, mobility, public outreach, and innovation topics. He has been working on several interdisciplinary TOD projects in the United States and Canada, and a long-standing track record of orchestrating meaningful stakeholder outreach. In the past, he has conducted research on urban design, mobility, and housing market topics and has taught at different public and private universities. Before coming to North America, he worked for 17 years with the City of Guatemala, lastly as City Planning Director, where he oversaw the planning of the city's first bus rapid transit line and the complete revision of the zoning and subdivision ordinances in support of TOD principles.
View in Member Directory Will open in a new window 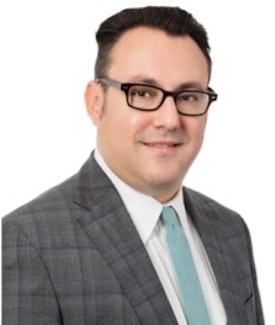 Building on a decade of journalistic experience working as a reporter at Business in Vancouver (BIV) newspaper, the Vancouver Sun, the Times-Colonist and The Province as well as an editor at BIV, the Employment Paper and the Arrow Lakes News in Nakusp, B.C., Andrew Petrozzi joined Avison Young in November 2010 as the research manager for Metro Vancouver. He was named Vice-President, Research (B.C.) in July 2012. He was subsequently made a Principal in February 2017 and was named as the practice leader, research for B.C. in April 2019. For nearly six years, Andrew worked as a senior business writer at BIV, focusing on topics such as port expansion, regional industrial development, transportation infrastructure, digital media and aerospace and air policy. In 2010, Andrew served as BIV’s online news editor and spearheaded the development and launch of its daily electronic edition, BIV Daily. He was named editor of BIV Media Group’s Employment Paper in July 2008. Andrew also worked as a researcher, writer and project co-ordinator with the Bannerline Group, headed by the late veteran journalist and public affairs broadcaster Gary Bannerman; contributed articles to various Bannerline publications, and served as the principal researcher for the British Columbia Racing Commission’s economic development committee in 2000/2001 (which led to the Bannerline-authored and published report, The Road to Recovery). Originally hailing from Toronto, Ontario, Andrew moved to Vancouver in 1999 to attend the University of British Columbia’s graduate journalism program. His thesis, Shinny in the Shadows, provided an examination and analysis of the portrayal of women’s hockey in Canadian print media since the 1980s.
View in Member Directory Will open in a new window

Infrastructure and Land Use Exchange Series