Skip to Content
By continuing to use the site, you agree to the use of cookies. Legal Notices

ZOOM
Although this event is complimentary, registration in advance is required in order to receive virtual meeting link
Register Yourself Register Two or More
View Event Attendees
In 2017, for the first time in decades, the federal government approved a new National Housing Strategy, a 10-year, $55+ billion plan creating a new generation of housing in Canada, giving more Canadians a place to call home. Focused on helping tackle chronic homelessness across the country, creating middle class housing, and fueling the economy, the goal of the strategy is to help drive the success of Canada’s housing sector by giving Canadians more affordable homes. The strategy was a result of collaboration amongst public, private and non-profit sectors. They are creating affordable housing, using a mix of funding, grants and loans to offer Canadians stable, livable communities, and most importantly, affordable homes.
Less than three years later, the COVID-19 pandemic hit, throwing new health and economic challenges at the Federal Government. But with the end of the pandemic in sight, the focus shifts to economic recovery, the housing strategy and city building remains at the top of the government's agenda.
Join ULI BC on March 3rd where we will hear from Parliamentary Secretary to the Minister of Families, Children and Social Development (Housing), Adam Vaughan, who will share the current status of Canada’s National Housing Strategy including federal updates and new directions on housing and homelessness.
We are delighted to have ULI BC Chair, Raymond Louie, moderate the discussion with Parliamentary Secretary Vaughan.
Download a copy of Canada'a National Housing Strategy here. Adam Vaughan has been elected to the House of Commons three times and has also served two terms as a Toronto City Councillor. He currently represents the riding of Spadina-Fort York and is the Parliamentary Secretary to the Minister of Families, Children, and Social Development (Housing). As a Toronto City Councillor Adam played a major role in reforming the planning process in the city. He led successful campaigns to rebuild and revitalize existing public housing stock while initiating new policies to create family housing, supportive housing and new co-op housing programs in Toronto. In the 41st Parliament, Adam was appointed the Liberal Critic for Housing and Urban Affairs and worked with Justin Trudeau, Liberals and local governments across the country to re-establish a national housing policy as part of a new urban agenda for Canada. On December 2, 2015, Adam was appointed Parliamentary Secretary to the Prime Minister for Intergovernmental Affairs. He served in this role until January 26, 2017, when he was appointed to the position of Parliamentary Secretary to the Minister of Families, Children and Social Development (Housing and Urban Affairs). On February 1, 2017, Adam was appointed to chair an Advisory Committee on Homelessness to support the renewal of the Homelessness Partnering Strategy.
View in Member Directory Will open in a new window 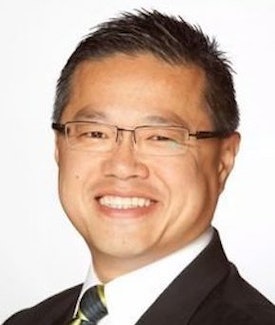 After serving five terms on Vancouver City Council, Raymond Louie is the current Chief Operating Officer for Coromandel Properties and leads his own consulting firm R.P.Louie Consulting Ltd. During his time as an elected official, Raymond helped advance many award winning policies and planning programs relating to housing, inclusiveness and the environment. He has also served as a national representative for his union as well as a trustee and board director on numerous regional, provincial, and national boards including the BC Municipal Finance Authority, TransLink, Metro Vancouver, Federation of Canadian Municipalities and Chair of the Green Municipal Fund Council.
View in Member Directory Will open in a new window

The ULI Michigan WLI chapter is proud to present another year of BUILD UP Breakfast Clubs: Empowering women in real estate to build better communities together. The program launched in 2019 and is now being introduced to other District Councils across the Americas. Register once for all four 2021 breakfasts'.

This four-session educational series is presented in one-hour topical segments by the ULI Greenprint Center for Building Performance.